We talk to Michel Rolland who explains the curious idea behind the success of Clos de Los Siete from Mendoza. Michel Rolland from Bordeaux is the world’s most famous wine consultant.  His clients can be found all over the world, not least in South America.

When Michel first tasted the wines from Argentina in 1988, they hadn’t yet made a big impact on the world of wine. And Michel understood why. He really didn’t like them very much. He knew they had to change. Through his consulting business, he helped that happen.

Some ten years later, the export figures had skyrocketed. In between consulting assignments, he also had time to buy land, find investors and create a successful brand called Clos de los Siete.

Travel: Travel to Chile and Argentina on a wine tour with BKWine.

Travel: Travel with us at BKWine on a wine tour to Bordeaux 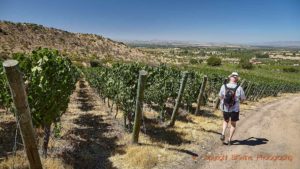 South America: Let the wines from Argentina and Chile surprise you | wine tour in South America