A great grape for those in the know with astonishing international success: malbec

Malbec is a French grape variety, although people might be forgiven for thinking it is Argentinean. France has 6,000 hectares, Argentina 40,000 ha. Just like many of the other Bordeaux grapes, malbec has been adopted by a country far away from home. Malbec is a big success in Argentina.

In Bordeaux, the surface is dwindling. In Cahors though, the true stronghold of malbec in France, the grape is very much alive and kicking. Today it reaps great success not only in Cahors but, of course, also in Argentina.

Travel: Come on a wine tour to Argentina and Chile with BKWine.

PrevOlder postsThe Grand Wine Tour to Champagne and Bordeaux: from north to south, some of France’s best wine
Newer postsArgentina and Chile 2023, the wine tour that will give you magnificent memories, and fabulous wines and gastronomyNext The Champagne wine tour: learn everything about the world-famous bubbles 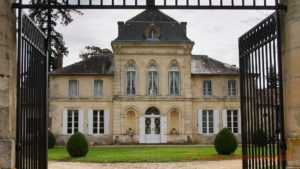